Robbie knew he was headed for an adventure.  Bless his heart, he told us he was ready for it every thirty minutes on the ride to the beach.  You know, just in case we had forgotten.  And our first morning in Myrtle Beach, he was in our room bright and early, ready to go to the beach.  We’ve actually had to convince him the past two mornings that 7:00 is a little too early to put your bathing suit on.

He has had a blast the past two days.  There’s been a lot of playing in the sand. 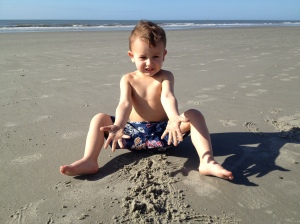 A little frolicking in the waves – they tickle your feet when they come in. 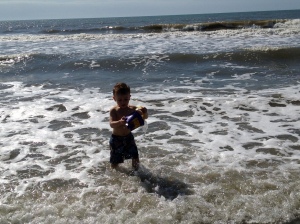 But, after a few wipeouts, he stuck to building pirate ships. 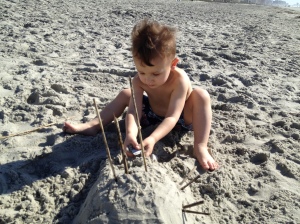 And filling his lucky bucket with sand.  Incidentally, I have no idea how this became his lucky bucket. It hasn’t brought him any gold and it’s also his only bucket.  But, hey, what ever works.  Who am I to judge? 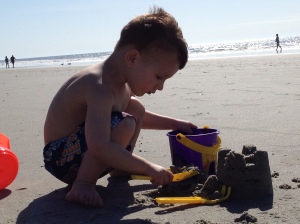 I can’t wait to see what tomorrow holds; I’m sure it will be another fabulous ‘venture. 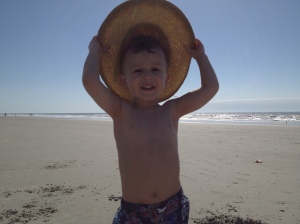