I disappeared when I went to Kentucky. And it’s not because there isn’t electricity or cable in Kentucky, although that would be a good excuse. It’s partly because I just wanted to enjoy being home and partly because I don’t really like my mom’s computer. I know that sounds silly, but there’s something comforting about the old Mac.

Robbie and I did it all while we were home. Lunch at Shakertown with Tom’s family. Dinner extravaganza with the Dreidame clan. Crazy child. Lunch with friends. Pedicure and manicure with the mom. Visits to our 103-year-old friend in the nursing home. A trip to the children’s museum.

A note about going to a children’s museum… First thing in the morning on a school day sounds perfect, right? All the big kids are in school. The little kids can run around and play with everything. Right? Uh, no. School days are actually the perfect time for, you guessed it, field trips. There were big kids everywhere. Even in the “under three only” section. We went with my good friend Jill and her two boys and still managed to see everything that was open. And, you know what, the hour that we spent there was just enough.

It was the moments where we weren’t doing anything that made the trip so memorable. And, since a picture is worth a thousand words, it seems easiest to just show you what Robbie and I did for five days.

Most importantly, Hilary (Heeahee) had a balloon waiting for Robbie. 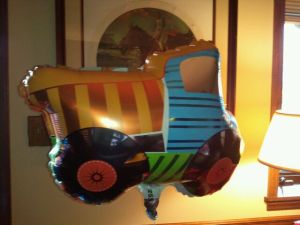 And Nona tested out his ball pit to make sure it still worked. Luckily, it was big enough for two. And Robbie was happy to share. 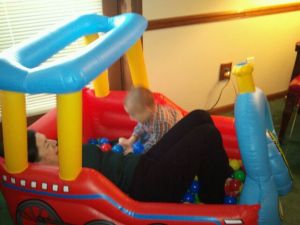 Robbie didn’t have to share the entire time, though. Eventually, Nona got tired of the ball pit and Roberto got to play on his own.

He did get pretty worn out running all over the place…

And then there was figuring out how to make funny noises with his mouth… Nona helped him figure out how to do it.

So did Aunt Hilary. 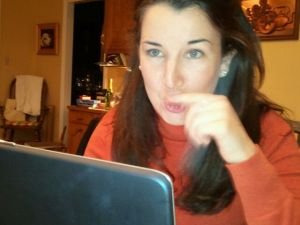 Eventually, Robbie was making his own noises.

Leaving for Boston was rough. It always is. I hate that last hug from my mom and sister. I hate shutting the door to the house knowing that I’m leaving. Especially when I don’t know when I’ll be back. But, I’m recovering and adapting back to life in Boston – snow and all.